2020 is the 100th anniversary of the 19th amendment and the passage of women’s voting rights. After a lifetime of working for reform, Judith Winsor McLauthlin Smith, Duxbury’s own Suffragist, cast her first ballot in 1920 at the age of 99. She died the following year, and is buried in the Mayflower Cemetery in Duxbury, Massachusetts.

The Duxbury Rural & Historical Society is offering a commemorative event to honor Winsor and others like her who worked to establish a woman’s right to vote. Our generous partners include Massachusetts State Representative Josh Cutler, the Duxbury Free Library, and the First Parish Church in Duxbury.

Schedule for the Day:

11:30 am – 12:30 pm: Commemoration at the grave of Judith Winsor Smith at Mayflower Cemetery, next door to First Parish Church.

More details will be available on our website in coming months.

In the event of rain: the ceremony will be moved to the First Parish Church reception room. Please check back at this website for details.

Judith Winsor (McLauthlin) Smith was born in 1821. Her father was the groundskeeper for the Duxbury shipbuilder Ezra “King Caesar” Weston and her mother was the daughter of the Duxbury portrait painter/doctor, Rufus Hathaway. Judith moved to Duxbury as a young teacher, and married Sylvanus Smith in 1841; they spent their early married years in Duxbury. The couple later moved to East Boston where there were more opportunities for shipbuilders such as Sylvanus. Much later, as an elderly widow, Judith moved to Jamaica Plain to live with her daughter, Zilpha Drew Smith. Smith was a true 19th century reformer. She was an abolitionist as well as a member of the Standing Committee of Theodore Parker’s society. She was a long time president the East Boston Woman Suffrage League and a member of the executive committee of the Massachusetts, New England and American Suffrage Associations. At the age of 92 Smith addressed a crowd gathered together in Post Office Square by the Boston Equal Suffrage Association. The following year she marched in Boston with Alice Stone Blackwell and Ellen Wright Garrison. Finally, in 1920 she was able to cast her first ballot. She died the next year at age 100 and is buried at Mayflower Cemetery in Duxbury.

The Duxbury Rural & Historical Society shares an interest with Judith Winsor Smith with a number of other towns/organizations: 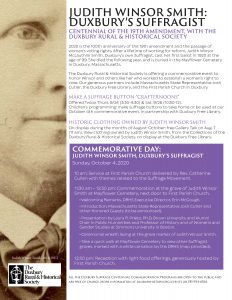 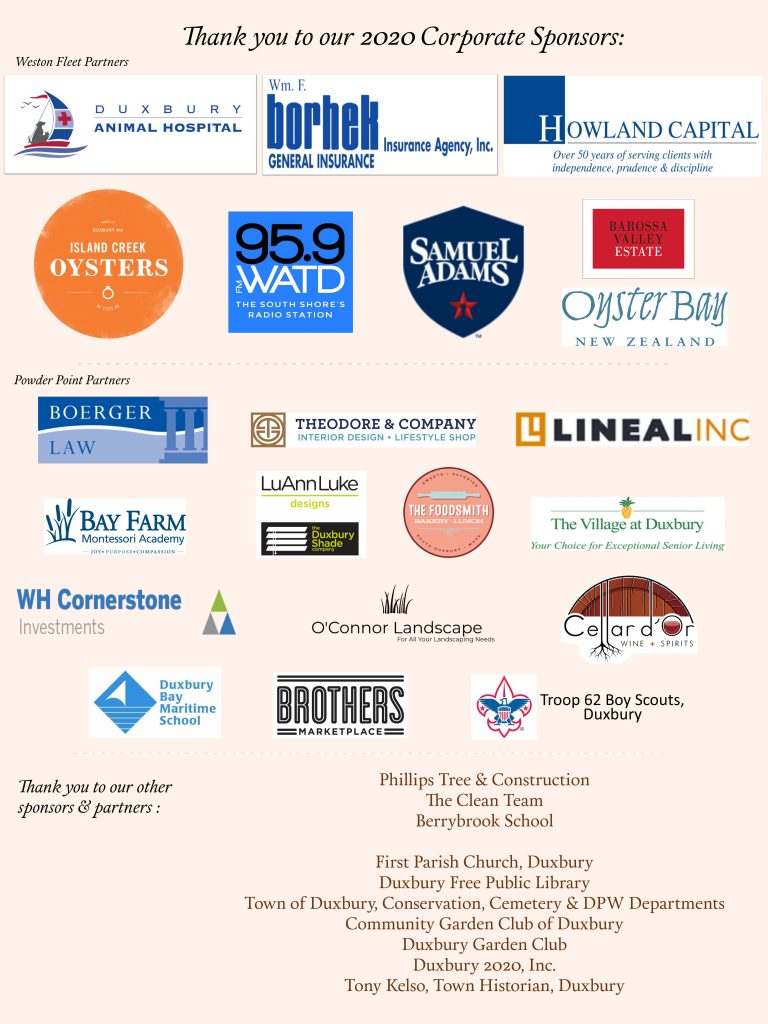 COMMEMORATIVE DAY: JUDITH WINSOR SMITH, DUXBURY’S SUFFRAGIST Sunday, October 4, 2020 2020 is the 100th anniversary of the 19th amendment and the passage of women’s voting rights. After a lifetime of working for reform, Judith Winsor McLauthlin Smith, Duxbury’s own Suffragist, cast her first ballot in 1920 at the age of 99. She died the…