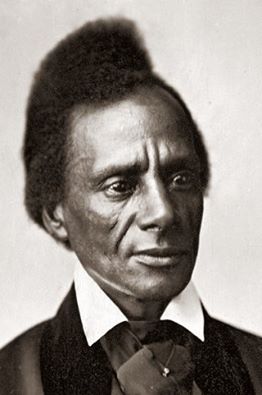 February is #BlackHistoryMonth: On March 29, 1844 the Anti-Slavery lecturer C. Lenox Remond came to Duxbury to speak. That evening he stayed with the Bradford family in their home at 931 Tremont Street (our Bradford House museum). Charles Lenox Remond (1810-1873) was born in Salem, MA and spoke out against slavery across the Northeast and the British Isles as an agent for the Massachusetts Anti-Slavery Society. During the Civil War he recruited soldiers for the United States Colored Troops. As staunch abolitionists, the Bradford family often hosted speakers as they came through Duxbury. Other abolitionists who spent the night in the Bradford House include Abby Kelley Foster, Charles C.Burleigh and Sallie Holley.

To learn more about the Bradford House museum: Visit Our Website