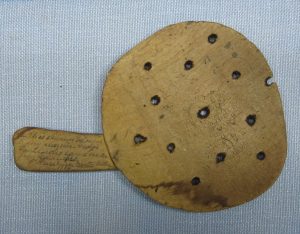 In 1914, Grace Mason Weston Allen wrote on the handle of the skimmer “This skimmer belonged to my ancestor – George Soule – who came on the Mayflower, 1620.”