Located at the intersection of Union & Congress Streets, the Ashdod Triangle was acquired in 1908. It is one of the earliest DRHS acquisitions, as well as the only one located in West Duxbury. Although there are no trees now, the property was initially acquired to preserve the trees planted on the land.

The Ashdod area is defined by its three north-flowing streams: Keene’s Brook, Philips Brook, and the South River. The farmland in the area was particularly attractive to early settlers because of the open meadows that bordered these streams.

Although the water supply was sometimes undependable, several mills were built along the Ashdod streams in the 1700s. The man-made ditch that runs through the middle of the Ashdod Triangle is said to have been established by Reuben Peterson in 1772, when he arranged with the owner of the land to bring water from the swamp to his pond to increase the water power.

The DRHS gratefully acknowledges the contributions of David Freeman, long time caretaker, who passed away in 2017. 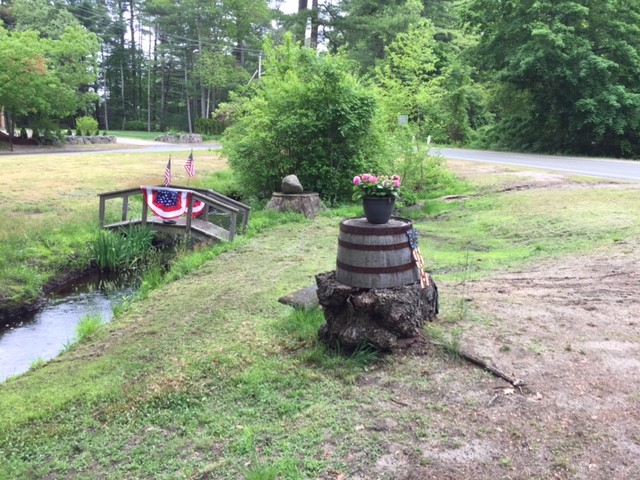