This property is located on Marshall St. and was included in William Brewster’s landholdings in Duxbury, which originally comprised  of 80 acres on Standish Shore. Around 1634, he built a house at the location, possibly upon the marriage of his son, Love.

William Brewster was born ca. 1568 in Scrooby, England. After traveling to America onboard the Mayflower, Brewster continued to be a respected and honored member of the new community. He was granted land in Duxbury in 1632. He farmed the land, although his primary residence continued to be in Plymouth.

The property housed generations of Brewsters, and later, Soules. The name Brewster Lilacs comes from the prominent tree on the property. Local, oral tradition states that the lilacs were brought in the 17th century from Holland. The property was purchased in 1948 by the DRHS, from Howard and Flora Brewer.

In 2012, an archaeological test pit examination was conducted on the site, recovering more than 17,000 artifacts relating to the Brewster and Soule family, including a number of Native American artifacts and 17th century artifacts, confirming the c. 1634 house.

Visitors are welcome at the Brewster Lilacs, but we ask that visitors please respect the close proximity and privacy of the neighbors. A warm thank you to the Kelso family, for their partnership in maintaining this special parcel. 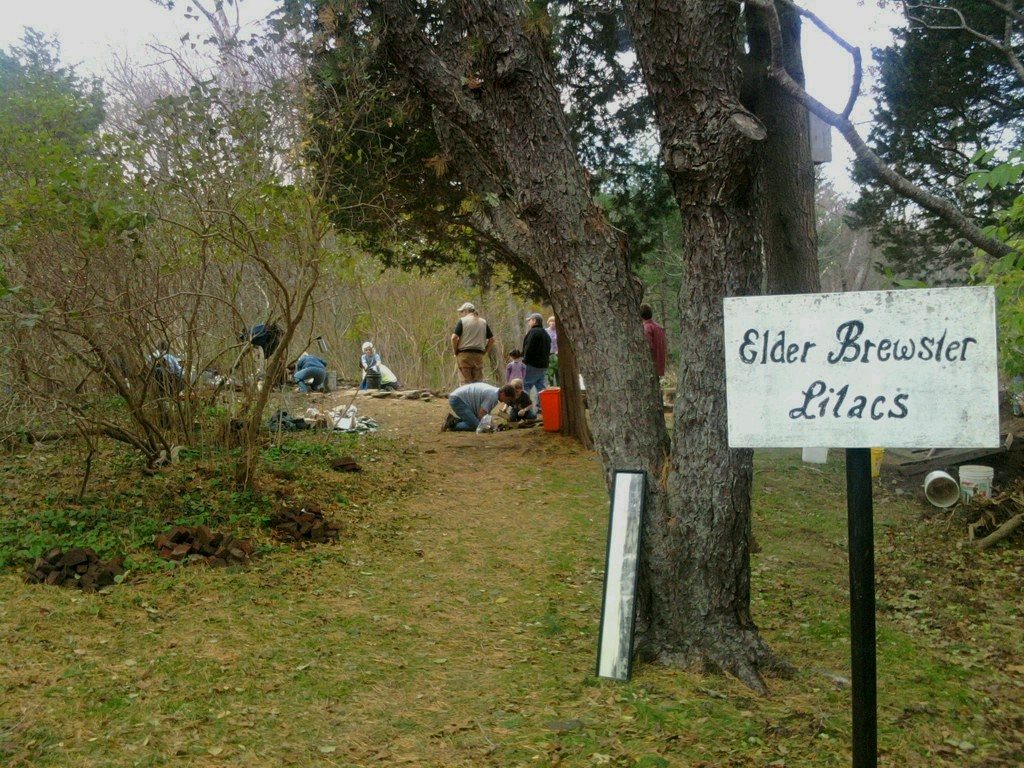