Comprised of approx. 10.5 acres south-west of Island Creek Pond, accessed through the Island Creek Pond Town Landing on Elm St. The area is rich in historic and rural value: there is a herring run and a quarry, whose bedrock was used for many of the homes in Tinkertown.

Tinkertown village grew up along both sides of Elm Street, beyond Tobey Garden Street. The street, originally called “the Duxbury Road” was laid out in 1763 to connect Duxbury Village with the Bay Path. The name Tinkertown comes from tinkers, menders of pots and pans. Tinkers were generally itinerant, but one, Jeremiah Dillingham from Pembroke, stayed in the area as his daughter, Princess, had married Nehemiah Peterson. Nehemiah built one of the first houses in Tinkertown and other houses and shops followed. Tinkertown shopkeepers mended and sold lanterns, lamps and kitchenware. Later, when shoemaking became the town’s chief local industry, many Tinkertown houses were owned by cordwainers (the early term for shoemakers). In Tinkertown, as in Millbrook, eight or nine shoemakers, also called factors, would work together in a building called a factory.

The Russell Sanctuary is in close proximity to a town landing and conservation land with cranberry bogs owned by the Town of Duxbury. It was given to the DRHS by the Russell family ca. 1960. 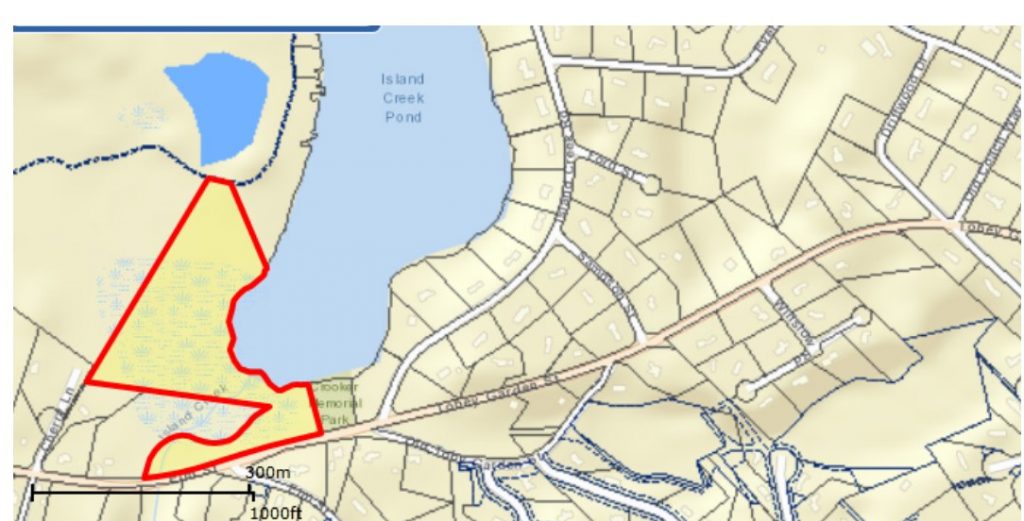