The Spar Soak, once called Glade Creek, lies alongside Bay Pond Road, just before the beginning of King Caesar Road. At low tide it is a narrow ditch; at high tide, it is a saltwater pond. There timbers were stored in salt water to preserve them from warping before they were removed to be stepped as ships’ masts.

At one point, a neighborhood school (the Point School) stood on piles over the creek and marsh. This school is famous locally as the place where the first experiments in student government took place. On January 6, 1841, students at the Point School named their self-governing body the “Mattakeeset Republic,” and established rules for students and teachers to follow. The school is also famous because it was possible to fish from one’s desk. A line let down between the floorboards reached the creek waters beneath, although surely only small fish could be brought up!

The property fell into disrepair and had been used as a trash dump. As part of the neighborhood improvement campaign, the Duxbury Rural & Historical Society purchased the property in 1903.

The Honest Dick Monument: on the Spar Soak property is Duxbury’s monument to the horse, “Dick.” Dick spent most of his life walking round and round, year after year, in the cellar of the Weston ropewalk, turning the drum that operated machinery on the floor above. After Dick died, Ezra Weston IV erected a brick monument on the Weston property (today, the DRHS King Caesar House museum). When that land was later sold, the Honest Dick moument was moved to its current location. The inscription reads, “Here lies buried honest Dick, who faithfully served three generations. This noble horse was born upon Powder Point A.D. 1817. Here lived and here died 1846.” 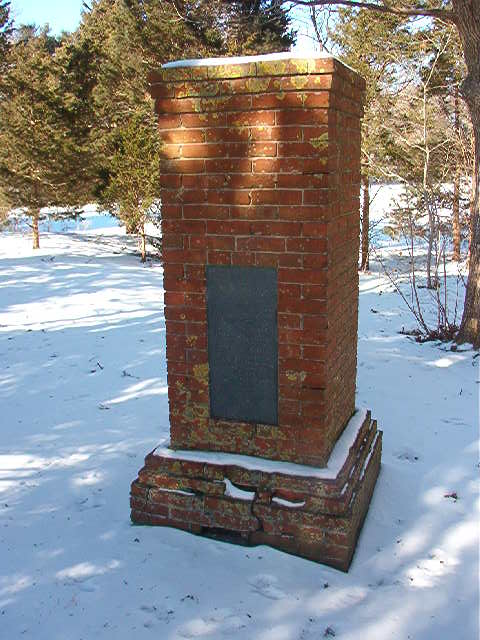