Approximately 62 acres of land located on the north, east, and south sides of Round Pond and Pine Lake, off Mayflower Street. The land is open to the public and has available parking, subject to park rules.

Round Pond is a large kettle hole left by a melting glacier around 10,000 BC. Ice continued to play a part in the pond’s history as late as the 1940s. When known as Cole’s Pond in the 1880s, the pond was the site of the Merry family’s ice house, and an abundant source of ice for summer residents.

Parcels around Round Pond were acquired in the early 1890s, making it the earliest DRHS acquisition. Intended as a recreational area, trails were added in the 1980s. Today, the DRHS holdings are partnered with those owned by the Town of Duxbury, creating more than 170 acres of conservation land between Round Pond, Pine Lake, and Island Creek Pond. A special thank you to the Town of Duxbury for partnering with DRHS in maintaining this recreational space. 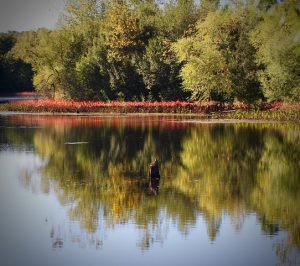 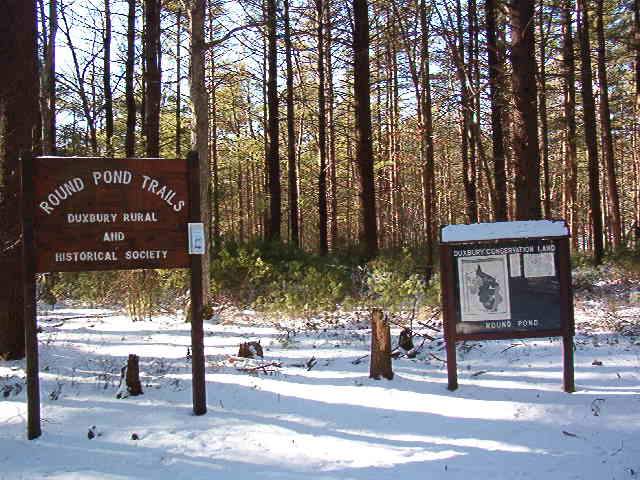