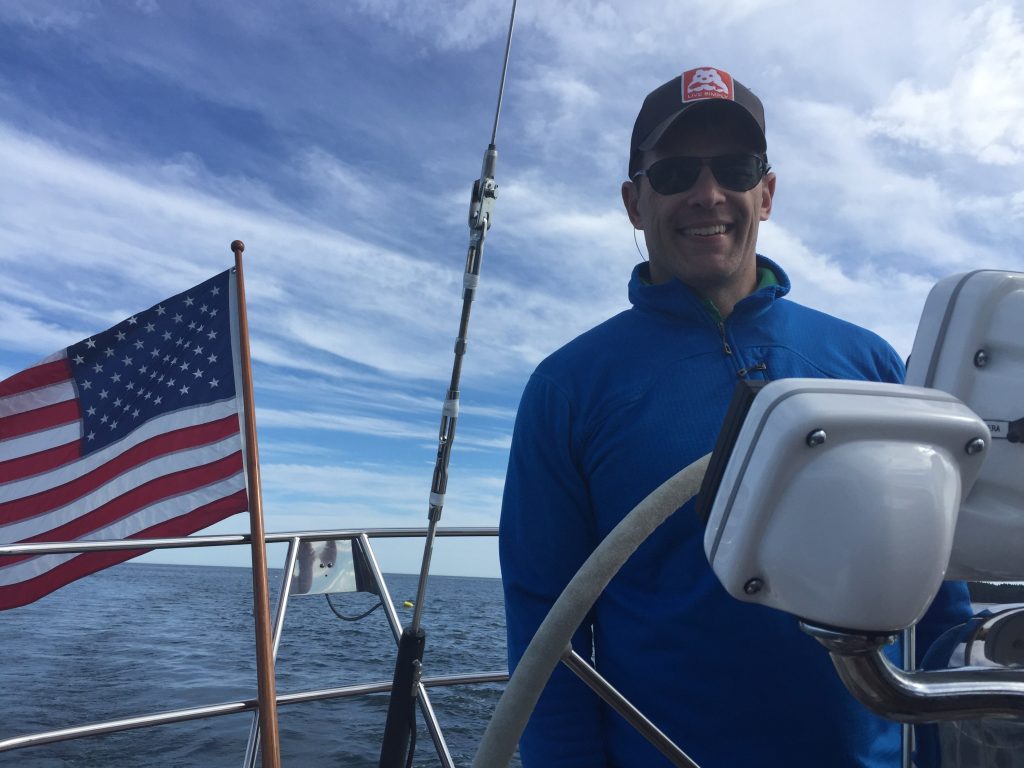 Drew Strawbridge has been involved with the DRHS for a number of years, participating in events, volunteering on Clark’s Island, and most recently, sitting on the Membership Committee. He and his wife, Christy, were supporters of the campaign to “Re-imagine Bradford,” and are regular contributors to Annual Fund. We wanted to learn more about Drew and he was kind enough to answer some questions for us!

How did you become involved with the DRHS?

In the early 1980s my friends and I would often visit Clark’s Island.  I remember we volunteered to support the DRHS by clearing brush, picking up sticks and raking leaves. We were rewarded with a campfire at Cedarfield, which was the highlight of my summer. When my wife, Christy, and I moved to Duxbury, we became members of the DRHS because we both enjoy American history, old New England houses, and conservation of the wetlands.  We also heard there were festive parties and the DRHS was a great way to meet people in town!

What is your favorite aspect of being a part of DRHS?

There are several aspects of DRHS that I enjoy.  Interacting with like minded members of the DRHS, helping preserve the lands and the possibility of seeing a real ghost at the King Caesar House Christmas party.

Why do you choose to support the DRHS?

Beyond our interests in American history,  I want to support an organization that focuses on additional education for our local school children.  I have a strong, long standing bond with Clark’s Island – it’s truly a special place. I feel the residents of the south shore can make an immediate positive impact within the DRHS. The society is an appropriate size for the community with many areas of interest including: restoration, clothing, preservation, boat building, artwork, woodworking, and the Drew Archives.