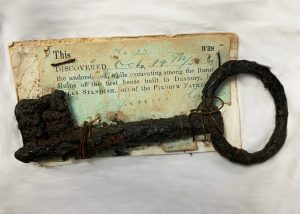 Key excavated from the Captain Myles and Barbara Standish homesite during the James Hall dig in 1856, most likely belonging to the Standish family.